The USO at the corner of 2nd & Orange Streets opened in December 1941 and during WWII was the principal off-duty designation for hundreds of thousands of armed forces personnel. When the USO ended its full-time operations in 1946, the city of Wilmington purchased the building for use by the Department of Recreation, now known as Parks and Recreation. Renamed the Community Center, it presented daily programs for children and young adults.

By the 1960’s, the focus of activities had shifted from recreation to the arts, which had entered a phase of renewed growth. The Arts Council of the Lower Cape Fear made its first headquarters here. In 1973 the city renamed the building the Community Arts Center in recognition of its changing mission. The following year, it was placed on the National Register of Historic Places. Today, the center, which is managed by the Thalian Association Community Theatre, is a major cultural resource for New Hanover County. Classes are offered in a variety of visual and performing arts disciplines, rehearsal and meeting space is provided free to local nonprofit arts organizations, and the building is home to the acclaimed Orange Street Potters. The auditorium, which hosts plays and musicals by local theatre companies, was dedicated as the Hannah Block Second Street Stage in 1997 in honor of one of Wilmington’s most distinguished civic leaders and WWII veterans. The building itself was rededicated in Mrs. Block’s name in 2006 and restored to its 1943 wartime character in 2008. Our wonderful building is listed in the National Register of Historic Places.  The World War II Wilmington Home Front Heritage Coalition, an all-volunteer 501(c)(3) preservation organization, is the de-facto preservationist of the building’s history and maintains the home front museum. For more than half a century, the Hannah Block Historic USO Building has facilitated the coming together of generations, providing children with programs that challenge them creatively, and enhancing the quality of life of residents throughout the region.

YOUR DONATION WILL HELP PRESERVE THIS CULTURAL RESOURCE FOR GENERATIONS TO COME! 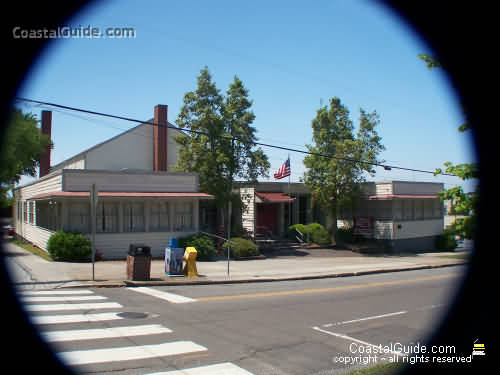